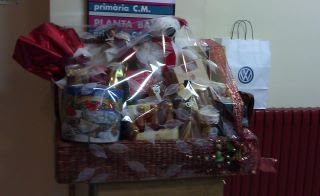 Oh the blues ain't nothin' but your lover on your mind (2x)
The man that keeps you worried, and always cryin'

Oh the blues ain't nothin' but a good woman wanting to see her man (2x)
She can't get when she want him, gotta catch him when she can

Oh the blues ain't nothin' but a slow achin' heart disease (2x)
Just like consumption, it kills you by degrees

Oh the blues ain't nothin' but a woman that cries night and day (2x)
Cryin' about her lover, another woman took him away

· Romance In The Dark

In the dark, it's just you and IThere's not a sound and there's not one sigh
Just the beat of my poor heart
In the dark

Now, in the dark I get such a thrill
Well, well, when he places his fingertips upon my lips
And he begs me, "Please be still
In the dark"

But soon this dance will be ending
And you're gonna, you're gonna be missed
Gee, but I'm not pretending
'Cause I swear it's fun, it's fun to be kissed
In the dark, in the dark

Now we will find
Oh, what the rest, what the rest have left behind
Just let them dance 'cause we're gonna find romance
In the dark 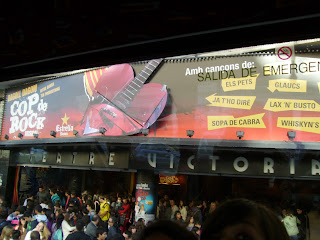 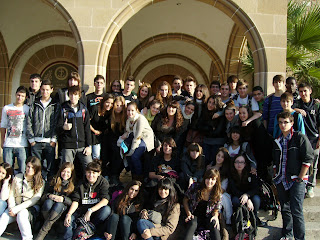 More or less  a year ago these tragic images were broadcast live all around the world.

The images caused a great effect on the spectators, and the whole world was in mourning for days. The fact is that in the explosion, Bradley obviously died: his body was disintegrated so the family couldn’t even offer a decent funeral, although tributes rained in from all over the world, from the simplest man in the street to the British Prime Minister himself.

Naturally a year after the accident, most people had forgotten his death, but the fact is that the police have finished the investigation they opened after the accident. The conclusions they got to after a year of investigation is that Bradley’s lover, Samantha Hawk, slew him.
The video cameras in his team box, the witnesses, the evidence and finally Samantha’s confession helped the police tot solve this mystery.

It all started two days before the race, in a hotel in Istanbul. Michael and his lover were staying in the Presidential Suite. Samantha was sleeping but suddenly she woke up as she heard a weird noise in the room next door. She crept to the door and silently opened it and peeped in, she saw Bradley viciously attacking the furniture. She decided to stop the violence, she ran into the room shouting and screaming. Then Michael turned round and hit her, he spat and insulted her. Finally he punched her in the face, that’s why her upper lip started to bleed – the police managed to link the blood they found on the carpet were she had been bleeding to those traces of violence. Then she stood up and confronted Michael, she managed to relax him, after having shouted at him for a while. Michael was very upset and he started weeping at her feet, but she didn’t forgive him.

On Sunday, the day of the race, Samantha had decided she was going to murder her lover, she just couldn’t stand violent men. She was going to put a bomb under his car.
As a matter of fact, she actually thought she wouldn’t leave any proves. So an hour before starting the race she appeared in his team box knelt down next to his car and stuck the bomb just under the petrol tank. Naturally the bomb exploded and Michael died.
After the police made the announcement they went to Samantha’s house and arrested her, and as she was led away handcuffed with a blanket over her head, she was heard to shout “I really did love him, but he had this odd obsession about attacking sofas, it just wasn’t normal; one day it was a sofa but the next … a person”

Frankly speaking they were both a pair of loonies, undoubtedly, Samantha will spend a considerable number of years in prison. The news have spread like a wild fire on the Facebook and Twitter, and it is now on the front pages of most newspapers.
Ted Buxó

This story happened in May although I don’t remember the day. I was sleeping in my bed when I awoke because someone had lit the light in my room.

Suddenly my brother arose. He told me that a thief had probably got into our house. First I didn’t believe him but when he swore that we weren’t alone my heart started beating faster.

I turned off the light and I opened the door slowly. In this moment, my brother whispered me he was bearing a lantern. I thought that the thief was on the first floor so I clung to the banister and I led my brother downstairs. But in the last step I fell off and my nose started to bleed. My brother knelt down and asked me if I was OK.
I needed to lie on the floor for one second. I saw the cause of the fall and immediately I bound my shoelaces.
My brother started to creep to the living room.
All of a sudden the front door burst open and the lights were lit. In this moment three policemen arose in the house. The thief tried to flee but the police didn’t let him.

Before the police dropped the thief into the van, he spat on our garden. Then they told us that he was seeking our jewelry because he needed to buy a ticket to fly to another country and that he was fleeing from the police.
His story was that he had slain an important minister and when he was taken by the police to jail, he managed to escape thanks to the fact that the car doors were open because the car had fallen into a hole.
It was the scariest day of my life.